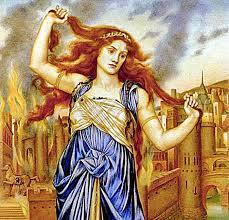 (Cassandra)
Cassandra was written by German author Christa Wolf in 1983.

Summary
​The book opens with Cassandra waiting to be killed. As she stands there awaiting death she reflects back on her life.  Cassandra was the daughter of Priam, King of troy. She was blessed and cursed with prophecy from the god Apollo. She became a priestess of Apollo but when she refused to have sex with him , he cursed her so that no one would believe her prophecies. She lives her life in troy until the eventual fall of troy at the hands of the Greek Army. Instead of leaving with her lover Aeneas, she stays in Troy and is captured by Agamemnon and taken back to his kingdom, where they are both killed at the hands of his wife.

Online recourses
The Greek gods play a major role in Cassandras' life and in the entire book. The Greek Pantheon is a large and complex and can be very confusing.

Here you can find a list of all major Greek Gods and Goddesses and some information on them. The Gods play an important role in Cassandra and the trojan war such as Zeus and Athena.

Apollo played the biggest role in Cassandra's life than any other God. She was a prophet of Apollo and was closely tied to him. 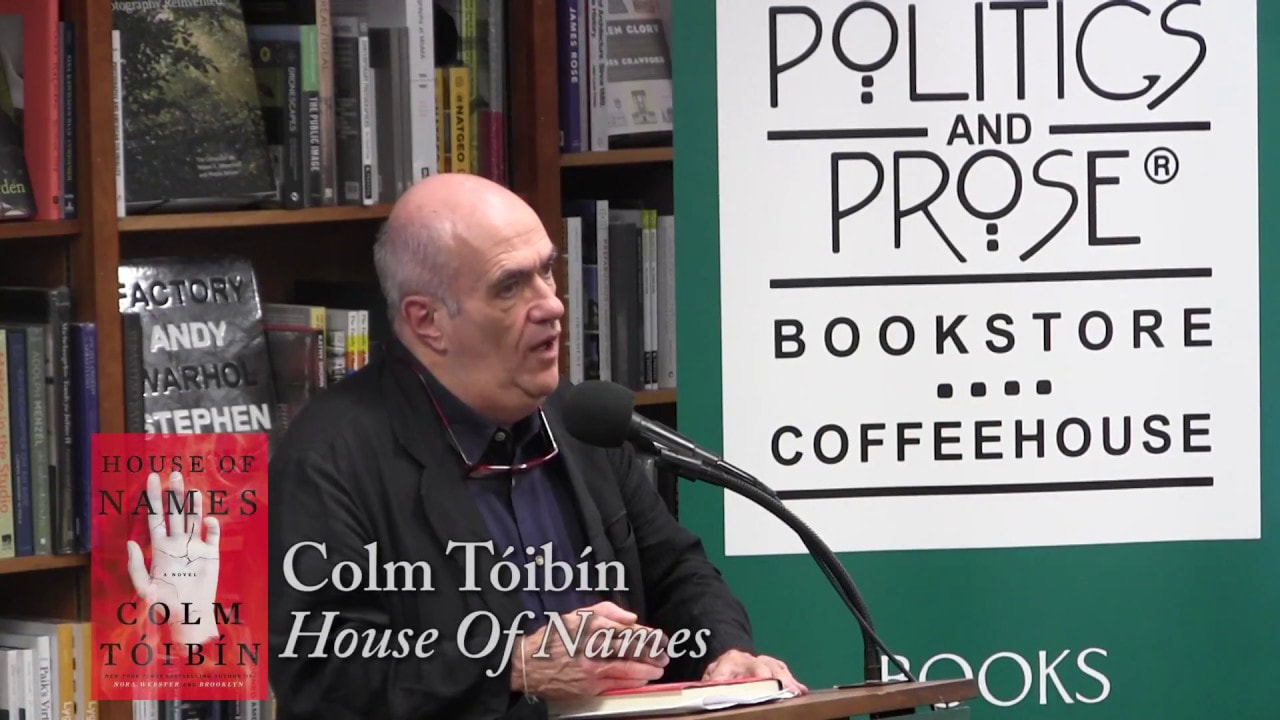 House of names was written by Colm Toibin in 2016

Colm Toibin is an Irish author who wrote other popular books such as The Magician and Nora Webster. Here is his official website to learn more about him and his life in Northern Ireland.

House of names is a contemporay retelling of Aec

Lost books of the odyssey

Lost books of the Odyssey was written by Zachary Mason in 2007. Mason is a computer scientist as well as an New York Times best selling author.

Summary
The Odyssey is a long epic poem about Odysseus trying to return home from the Trojan War. Odysseus spent ten years trying to get back to his home Ithaca and his wife Penelope. He had many things get in his way such as monsters, gods, and the questionable decision making of him and his crew. On his ten year journey home he gets stuck in many different crazy situations. Whether that's stuck in between the two monsters Charybdis and Scylla in the sea, being stuck on an island with the god Circe, or trapped in a cave with a cyclops. After a unnecessarily long journey and lots of dead crewmates, Odysseus finally made it back home and reunited with his wife Penelope.

The gods
The gods play a large role in the story of Odysseus. some try to help him , while others try to prevent his return.

Athena- Athena is the goddess of wisdom and had taken a great liking to Odysseus. She helped him in many different situations such as guiding the princess of Phaecia to help him and given him the strength to kill the suitors trying to marry Penelope.

Poseidon- Poseidon is the god of the Ocean and held a grudge towards Odysseus because Odysseus blinded a cyclops and Poseidon is the father of all cyclopes.. Poseidon played a big role in why it took so long for Odysseus to return home. Poseidon sent massive waves to destroy Odysseus's ship and prevent him to go home.

Circe- Circe is sorceress and daughter of Helios. When Odysseus lands on her island she turns all of his men into pigs, but after some time Circe and Odysseus become lovers and she helps Odysseus return home. 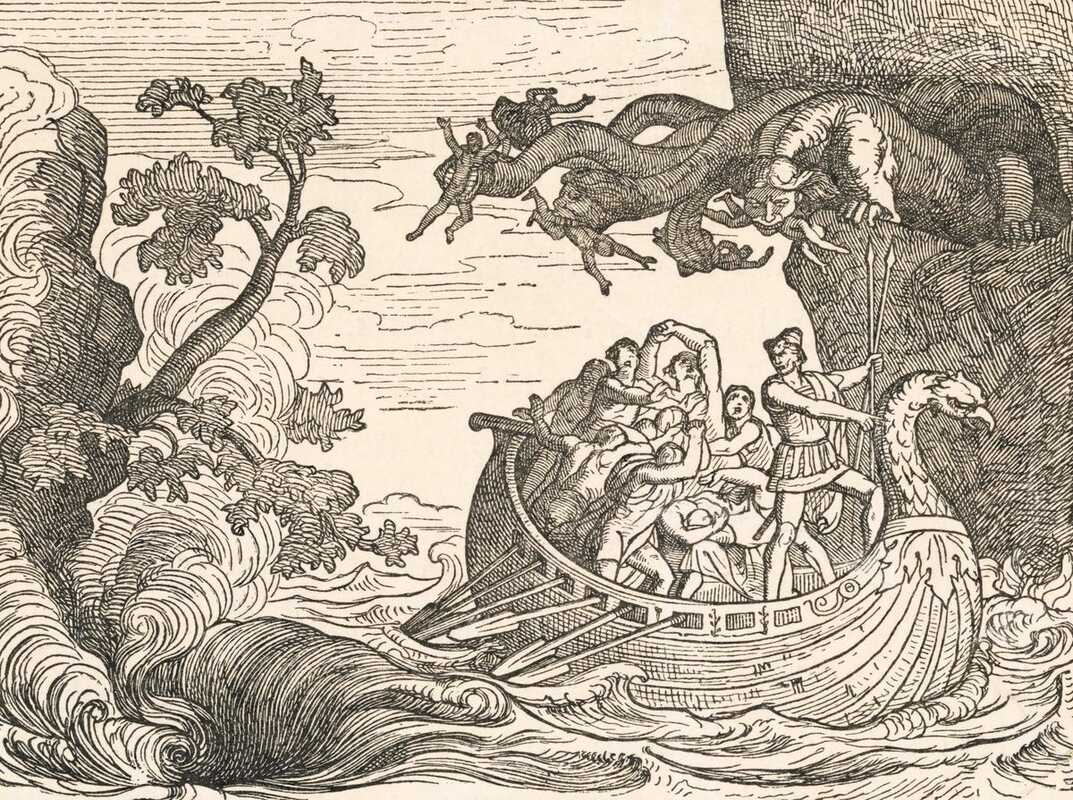 Circe was written by Madeline Miller and was released in 2018

The novel follows the life of Circe starting with her terrible childhood with her abusive family up to her life in exile on Aiaia. The novel provided a deep dive into Circes time on Aiaia and all the figures she meets. It explores how Circe turned Scylla into the famous sea monster she is known to be, how Circe played a part in the famous story of Theseus and the Minotaur, how Circe helped Daedalus free his son, and many more famous events in Greek mythology. The novel also covers Circes meeting of Odysseus and how she helps him get home, and their son Telegonous. Telegonous travels to Ithaca to see his father, but returns home quickly saying that in a misunderstanding Telegonous was forced to kill Odysseus. Telegonous brought Odysseus's wife and son Penelope and Telemachus. living on Aiaia Penelope attempts to learn witchcraft from Circe, Telegonous leaves to start an empire in the west, and Circe makes a potion that will bring out her true self. She has a vison of growing old with Telemachus an drinks the potion. 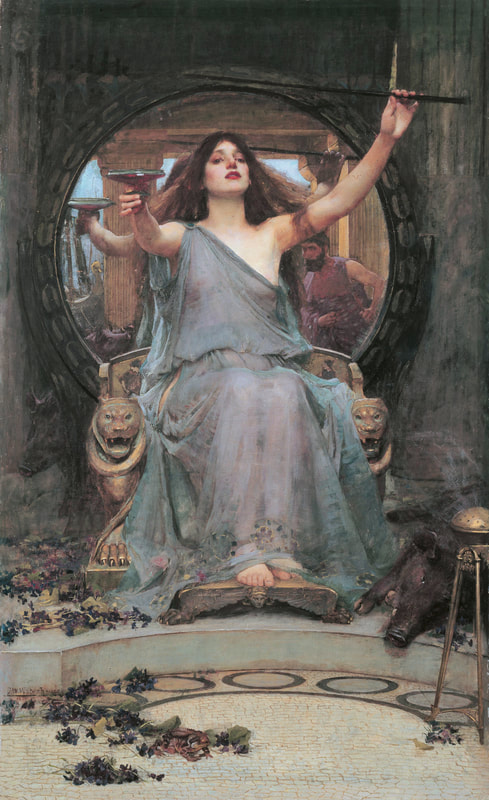 The Novel is filled with many significant figures in Greek myth. here's a list of some important figures and link to learn more about them.

​Daedalus- famous inventor and creator of the Labyrinth

Icarus- son of Daedalus, known for getting wings then dying after flying to close to the sun

Hermes- messenger of the gods, has a strange relationship with Circe.